In September 2008, the company relocated to its new larger facility at Pippita Close, Beresfield. This fabrication ‘estate’ is comprised of two single bay workshops, each with a large floor space of 4,200 meters squared.

One of the workshops is dedicated to painting with a modern auto recovery blast chamber for surface preparation that runs a spacious seven metres wide by five metres high by twenty metres long.

Five large extraction filter fans are located along the eastern wall to specialise the remainder of the workshop for painting and thereafter for ‘drying storage’ before being moved outside for site delivery.

The second western workshop has two-off 12.5 tonne overhead cranes and two-off five tonne wall cranes each with a five metre internal reach that run the full length of the building.

Gonzalez Steel owns and operates a cutting edge, late model beam line machine controlled from a central computer that will measure, mitre cut to length, drill both vertically and horizontally, stamp designation marks and mark all cleat locations in a one pass operation. 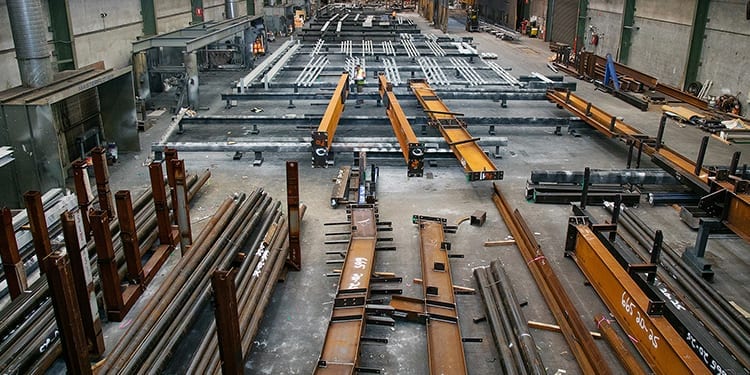 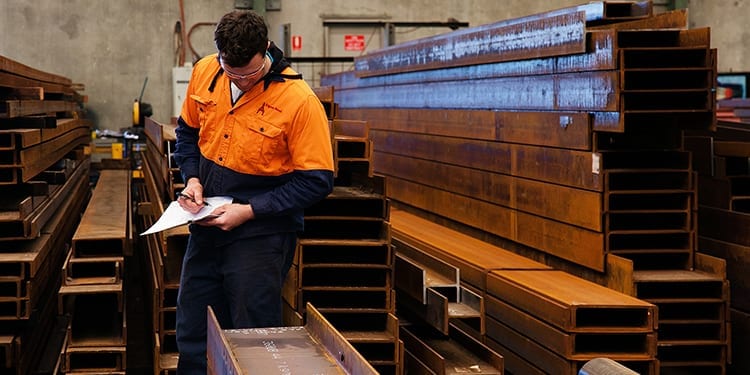 Want your project delivered on time and on cost?
CONTACT US